I want to write all of this down before I forget any details {as some points during labor are already a little fuzzy!}.

It all started Wednesday afternoon, May 9th. I went in for my 38 week appointment and I had progressed to 3cm {never felt any pain yet} and my doctor asked me if I wanted her to strip my membranes. I was kinda caught off guard, so I said no immediately. She went on to tell that IF he is truly ready, this will simply help him come along, and if hes not- it won’t do anything. I left the office and called J and told him the detials. I asked if I should have had her do it, and he said “well- babe were not going to get any more ready in the time to come, so if you want to- do it, and he’ll come if hes ready”. I went home and prayed about it for awhile and made the decision to call the office back to try to get them stripped. They gave me an appointment later that afternoon! Immediately after she stripped the membranes, I instantly went to 4cm! Woah, this could really be happening! I went home, napped, and then headed to the airport to pick up one of my longest friends ever. We were supposed to go out to dinner and hang out all evening. Well, around 6pm, I noticed some cramping and thought that possibly my contractions were feeling a little different than my normal Braxton Hicks. I of course had my car on empty, my phone battery at less than 10%, it was storming, and we were about 45 minutes away from home. I told Jackie that we needed to head to my house just in case something were to really start happening.
We got home, had Pita Jungle takeout, and her and I went on a long walk that ended at Dairy Queen! Who doesn’t want a blizzard just in case they are going in to labor?! It was such a blessing having Jackie here, as it was amazing to catch up, and it totally took my mind off of the fact that my life was about to change incredibly. So glad that before she left I made sure to get pictures of us together, as well as a photo of me and J! 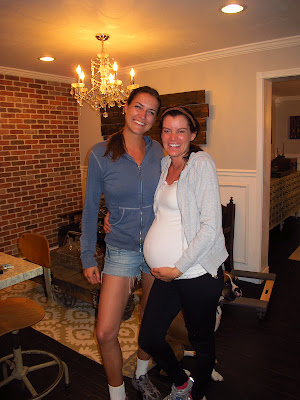 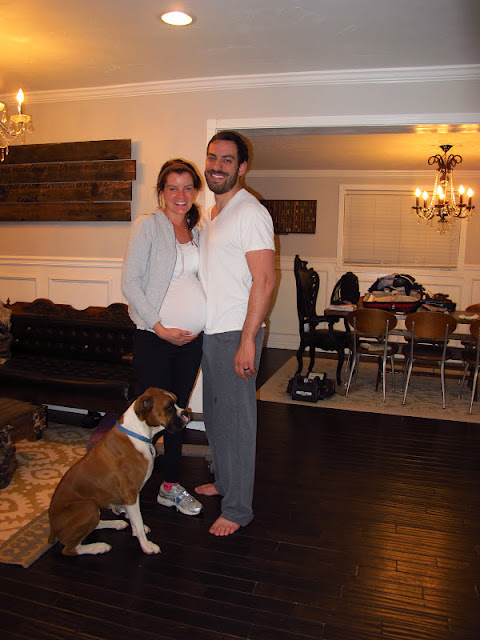 She went home around 9, J and I watched some TV and he packed up his last minute things {still just in case though, I didn’t know yet if it was the real deal or not!}. We went to bed around 11:30, as I was thinking, if the contractions get worse or closer together they will wake me back up {at this point they were on average every 7 minutes}. I honestly thought I was just going to wake up again in the morning having the previous night be a false alarm! I had texted my Doula {Briana who was incredible} before going to bed and she said that if I woke up, take a bath and see what it does with the contractions. If its false, the bath could slow them down, but if it was the real deal- then they would keep on trucking. I told her at that point that I thought I was a rockstar, that if this was what labor truly was- then I was a serious rockstar at handeling the ‘pain’ so well. Well, I woke up at 1:30 because they were more noticeable. KEY WORD: noticeable. Still totally not painful! Praise God! I immediately went to make some brownies just in case the contractions continued, as I always planned to bring treats for the nurses. You know, just in case I was a miserable laboring patient! After a few hours of twiddling my thumbs I went to take a bath to put it all to the test. Much to my surprise, the bath actually made the contractions closer together, and I actually started to ‘feel’ them a little more. At this point there were on average about 4 minutes apart, and my doctor said I needed to head in when I was having them 5-6 minutes apart. I was Group B-strep positive so they needed at least 4 hours of the antibiotics to be in my system before delivery in order for Braylen to be protected. I woke up J a little before 4am, and we were out the door at exactly 4:12 {which I mentally took note of because that is our anniversary, yes I am a sap like that!}. I also called my doula and told her we were heading in and that I wasn’t feeling like such a ‘rockstar’ anymore! Haha, she said that was when she knew I was actually in labor! We took one last picture of my belly before heading out! This was at 4am, 38 weeks and 1 day pregnant: 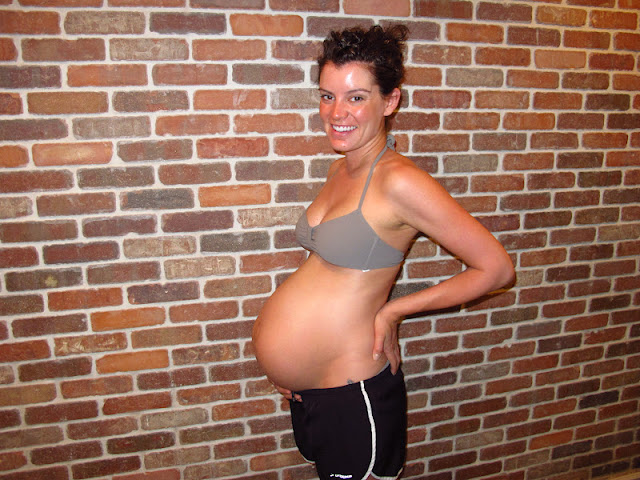 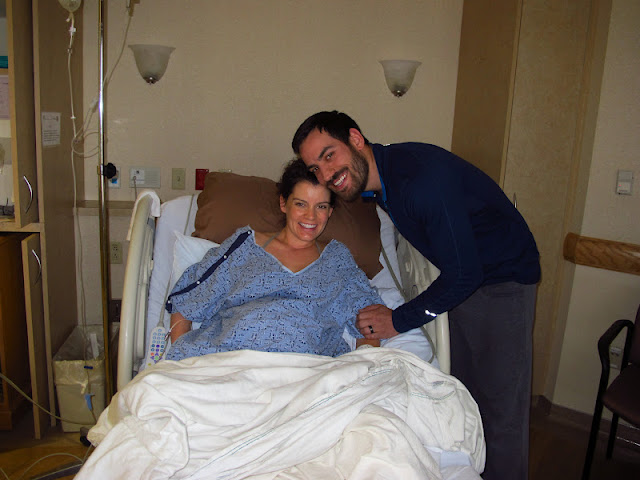 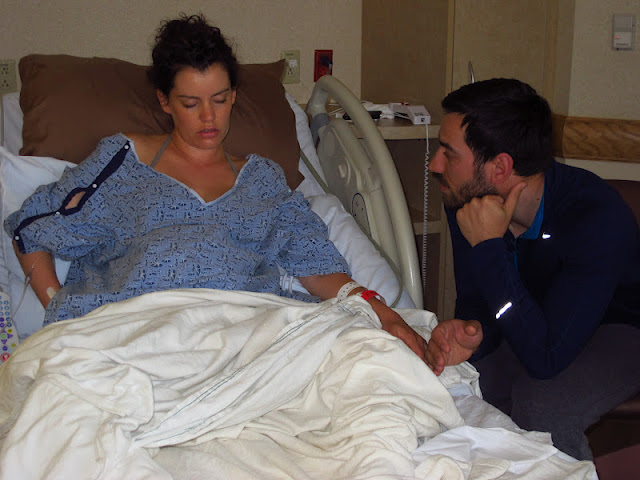 Hooray. It still seemed so surreal and amazing to me that my body knew exactly what to do, and that it was doing it at a great fast rate. Once they realized I was an 8, they called my doctor in. My Dr. was great because she knew my birth plan and supported it. I also trusted her opinion immensely, to where if she told me we needed to do something different, I wasn’t going to wonder if she had mine and Braylens best interest at heart. After all, the whole pregnancy, she always told me that she was super confident in the fact that I could go natural {which she says she isn’t always with patients}. She came in sometime after they checked me {I think I was told it was about an hour later} and asked if she could break my water so that we could get things going a little faster to pushing. Even though I was at an 8 that whole time, I was still able just really focus and breathe through them..until she broke my water. Holy Crap. Things got intense REAL fast.
Part two here!