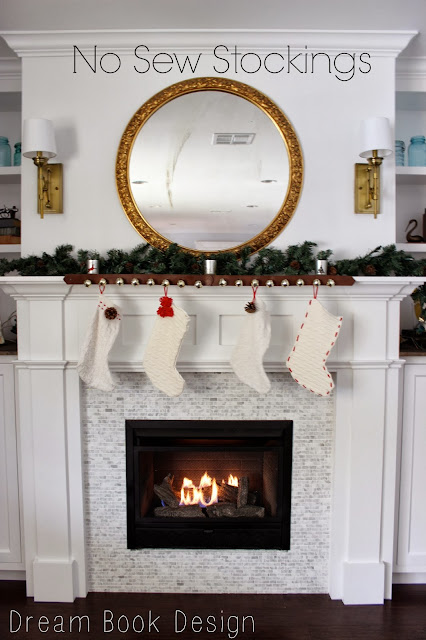 So I made us some no-sew Christmas stockings this year, and let me tell you why.  Jeremy and I have been married now for over 5 1/2 years, and we have always had ugly Christmas stockings.  I am talking reallllyyy bad.  I decided this was the year to change that, to not look at them and either cringe, or better yet, purposely not look!  I wanted them to be cute, but I had requirements. First, they had to be cheap to make.  During Christmas time it feels as though money flies out of our bank accounts between gifts, social gatherings, year end tithing, etc. Second, they needed to be stupidly easy to make, because who has time in general, much less when I will always choose a nap over anything these days;)
The sweater stocking is pretty popular these days, being sold at places like West Elm, Pottery Barn, etc. They are also a popular DIY version because they are generally easy to make.  I took them one step further in skill levels, making mine no-sew!  I also made each one just a little different than the last to mix it up.
Here is how it all went down:
I went to Goodwill and got two mens cream sweaters {mens so they were larger, making it possible to get two stockings from each} To make this a no-sew I used Liquid Stitch.  That stuff is the best!  I also am terrible at eye-ing anything, so I used an old stocking {for our dogs Honey and Boomer!} as an outline. 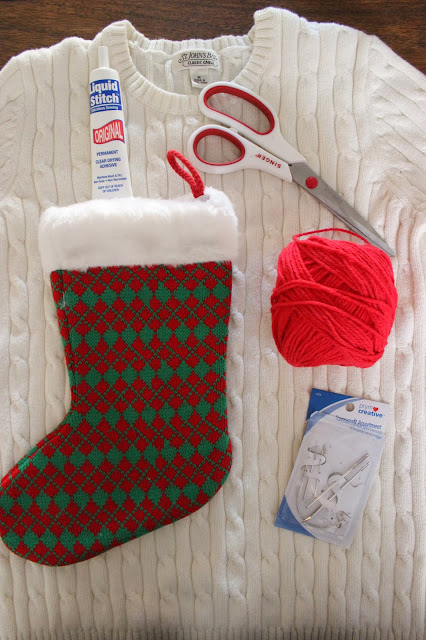 I had already washed the sweaters before hand and made sure to turn the sweaters inside out once cut. I applied the liquid stitch as close to the edge as possible and let it dry for about 20 minutes.  Once I felt they were dry enough I turned the stockings inside out and got to decorating them. 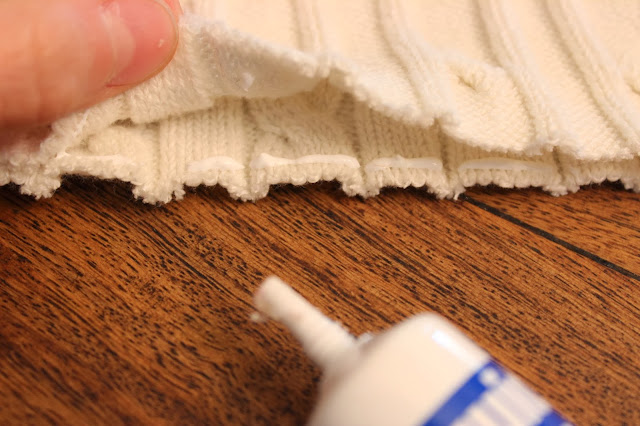 For some I used a thick red yarn that I did actually sew on, but the stocking was already in tact, this was just decorative.  I aways used pinecones on some, and DIY yarn pom poms.  Have y’all ever tried the fork pom pom trick?  Its awesome! 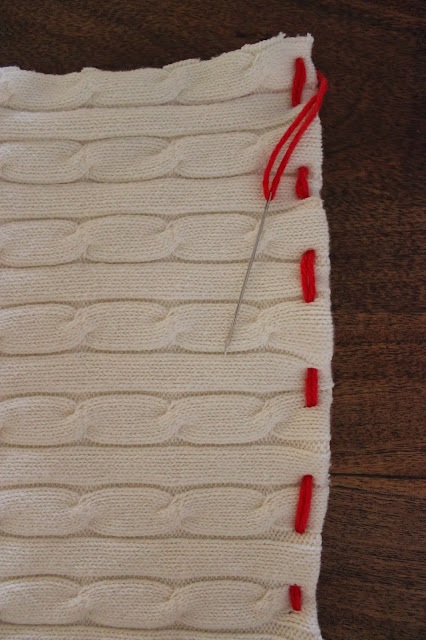 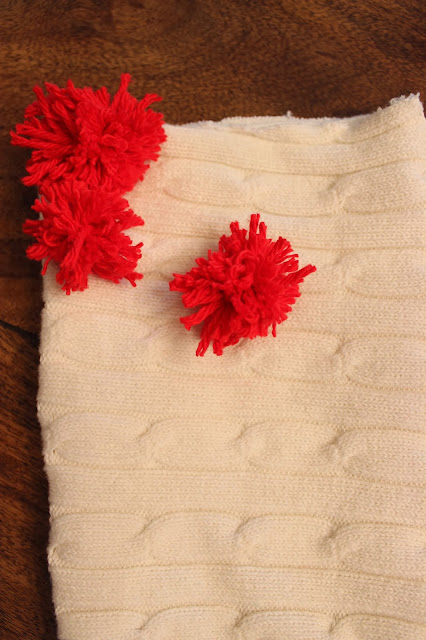 I happen to hit the jackpot at Goodwill that same day of getting the sweaters.  I saw these leather straps with jingle bells and immediately knew that I wanted them to hold up our new stockings!  With the help of a little 3M tape my vision came to life and I love it! 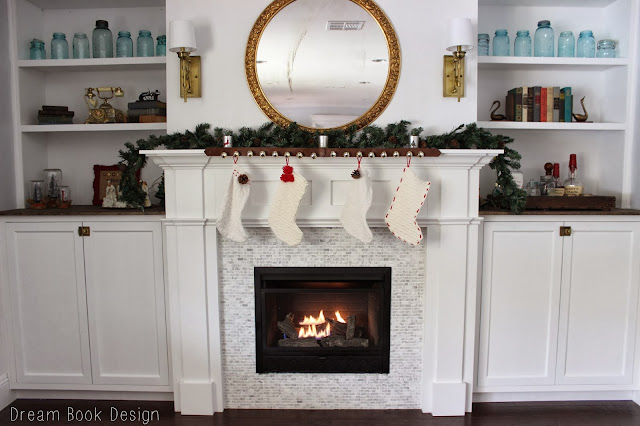 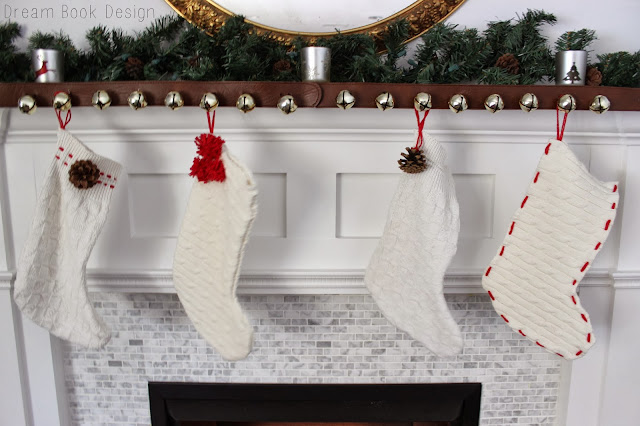 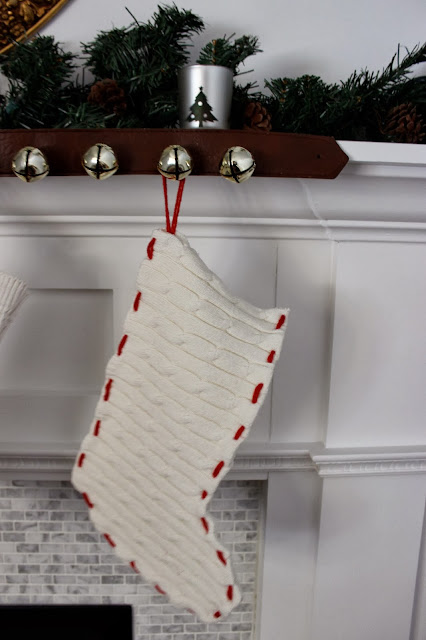 What do your stockings look like?  Are they DIY or bought?  I was so tempted to buy some really cute ones at Target last week, but at $25 a piece, I think I will stick with my $6 TOTAL stockings!  Merry Christmas everyone:)And PS- how crazy is it to see FOUR stockings up there?!  I know, I know- the baby is still in my belly and not here yet, but I felt like a stocking was still necessary:)